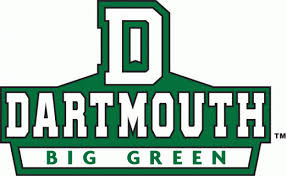 SAN ANTONIO, Texas — UTSA built up a seven-run lead, then had to survive the eighth when Dartmouth brought the tying run to the plate before finishing off the Big Green in a 9-5 victory on Sunday at Wolff Stadium. The Roadrunners (5-3) banged out 15 hits to win three of the four games in the series, while Dartmouth (1-3) dropped its third straight since claiming its season opener on Friday.

Bryan Arias and Nick Thornquist each had three knocks for UTSA with the former scoring three runs, while Taylor Barber banged two of the team’s seven doubles plus had three RBIs.

Palmer Wenzel (2-0) stymied the Big Green bats for the first seven stanzas, surrendering just one run on three hits, before yielding three unearned runs in the eighth as Dartmouth took advantage of a one-out error. Sophomore Bennett McCaskillsingled and senior Sean Sullivan walked to load the bases, but Wenzel got the second out swinging at strike three. That would be his last out as senior Nate Ostmo lined the first pitch he saw into right-center for a hustling two-run double.

Reliever Jake Harrison came on and issued a walk to load the bases again, then hit junior Trevor Johnson with a full-count pitch to force in a run. UTSA went back to the bullpen, summoning southpaw Connor Heffron to face the tying run in the form of lefty-swinging senior Steffen Torgersen. The strategy worked as Heffron got the third out on a shallow fly to center, leaving the score at 8-4.

The Roadrunners got one of those runs back in their half of the eighth when pinch hitter Chase Keng found a hole between first and second to score Bryan Arias home from second after he had doubled with one out.

McCaskill provided a one-out, RBI double into the left-field corner in the ninth, but Cameron Carver got a called third strike for the final out of the game to close out the 9-5 victory.

UTSA took an early 4-0 lead in the first against freshman right-hander Nathan Skinner thanks to three consecutive run-scoring doubles by Dylan Rock, Arias and Barber.

Wenzel retired the side in order in each of the first three innings before senior Matt Feinstein ended a string of 10 straight retired with a one-out single in the fourth. In the fifth, Johnson lined a leadoff double just inside the line in left then came around to score the first Big Green run on a pair of ground balls.

Skinner settled in after his shaky first, putting goose eggs on the board for the next three frames on a pair of hits, but was touched for one more tally in the fifth thanks to Bryan Sturges’ pop into shallow center that fell between the second baseman and the outfielders for an RBI double and a 5-1 lead. He avoided further damage when the catcher McCaskill took the throw from the outfield and caught Sturges trying to take third on the throw to the plate.

Junior Michael Parsons replaced Skinner to start the sixth and quickly got the first two outs before running into trouble. Jonathan Tapia doubled and scored on a Griffin Paxton single, and when the Roadrunners loaded the bases, Barber ripped a two-run double to the wall in the left-field corner for an 8-1 lead.

Skinner (0-1) took the loss for allowing five runs, all earned, on nine hits while striking out one. McCaskill had two of the six hits for Dartmouth, scoring one run and driving in another, and Ostmo produced a pair of RBIs.

Wenzel finished the day yielding four runs, one earned, on five hits and a walk to go with six strikeouts over 7.2 innings on 105 pitches.

Dartmouth next travels to the state of North Carolina for four games at the USA Baseball complex in Cary. Tulane will be up first on Friday at 4:30 p.m. followed by a doubleheader at 1 p.m. against Fairleigh Dickinson on Saturday. The weekend will come to a close against Saint Joseph’s on Sunday at noon.

NOTES: Ostmo was the lone Big Green batter to hit safely in each of the four games in the series … Dartmouth committed only one error over the weekend, posting a .992 fielding percentage.