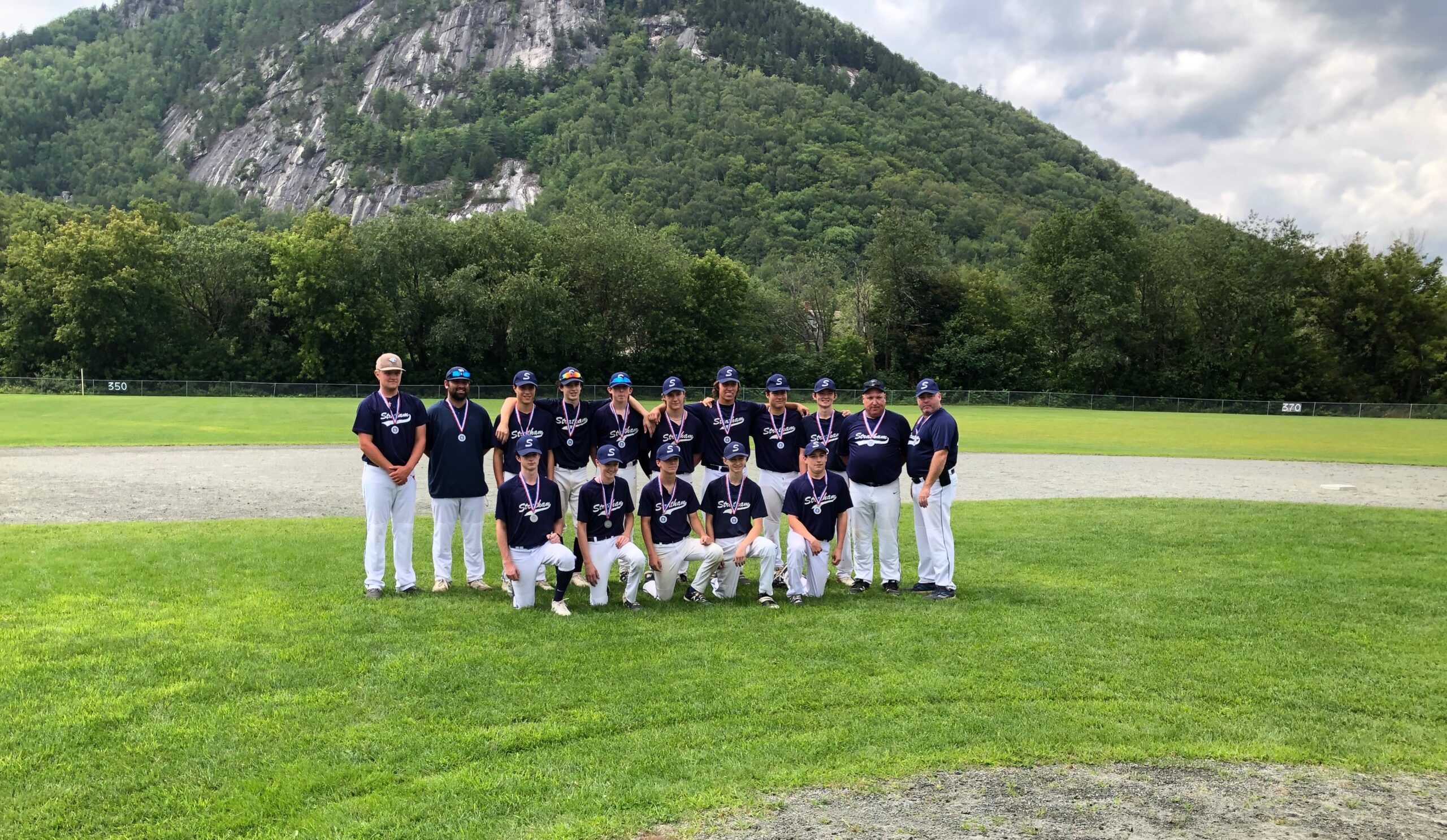 It was a day to remember for Jason Yeaton and his Stratham teammates.

Yeaton pitched a complete game and also came up with what turned out to be the game-winning RBI to help Stratham defeat Berlin/Gorham, 4-2, in the Babe Ruth 13-15 state championship game Sunday at Berlin’s Memorial Field.

Stratham scored three times in the top of the seventh inning, and Yeaton retired the side in order in the bottom half of the inning to secure the victory. Yeaton allowed six hits, struck out one and didn’t walk a batter.

Berlin-Gorham collected three of its six hits in the bottom of the sixth, when Carter Poulin’s single drove in Brody Labounty to break a 1-1 tie.

Stratham battled back in the seventh, however. Dom Stocker’s two-out, two-strike triple scored Brady Young with the game-tying run. After Berlin-Gorham intentionally walked Jake Wiberg, Yeaton came up with a single that scored Stocker with the go-ahead run. Wiberg made it 4-2 when he scored on a passed ball.

Stratham scored its other run in the first inning, when Daniel Blankenship came around from second on Wiberg’s single.

Stocker and Yeaton each had two hits in the victory. Stratham collected five hits in the game.

Karter Deming pitched six strong innings for Berlin-Gorham, but reached his pitch limit (95) in the sixth and could not pitch the seventh. Deming struck out eight.

Berlin-Gorham made it a 1-1 game in the second, when Landyn Croteau’s single scored Kolin Melanson.