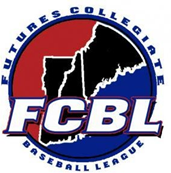 WEYMOUTH, Mass. — The Futures Collegiate Baseball League (FCBL) has announced the addition of the Vermont Lake Monsters as an expansion team for the 2021 season.

Playing at Burlington’s historic Centennial Field, which is owned by the University of Vermont, the Lake Monsters will compete in the Futures League for its 11th season of summer collegiate action in New England. The team was previously a member of the Short Season Class A New York-Penn League as a minor league affiliate of the Montreal Expos (1994-2004), Washington Nationals (2005-10) and Oakland Athletics (2011-20).

The Futures Collegiate Baseball League is a seven-team collegiate summer baseball league. In addition to the Lake Monsters, the FCBL has five franchises in Massachusetts and one each in Connecticut and New Hampshire (Nashua).

The Vermont Expos, Inc., have agreed in principle to sell the Lake Monsters to the investment group, Nos Amours Baseball Club. The group is led by Chris English, a longtime owner and operator of affiliated, independent and collegiate summer baseball clubs. English also owns the Brockton (Mass.) Rox, another member of the Futures League.

“We are excited to have the Vermont Lake Monsters as part of our league,” FCBL commissioner Joe Paolucci said. “Chris English is second to none when it comes to owning a sports franchise. There is no doubt that the Lake Monsters brand will continue to thrive under his leadership. Centennial Field is one of the top baseball facilities in all of New England, and the Burlington community will love what we have to offer in the Futures League.”

Vermont becomes the third new Futures League franchise in as many years after the Westfield Starfires and New Britain Bees began summer collegiate play in 2019 and 2020, respectively. In addition, the Lake Monsters represent the league’s first expansion into the Green Mountain State.

Opened in 1906, Centennial Field was previously one of the oldest minor league baseball facilities in the country. It hosted the Vermont Reds and Vermont Mariners of the Double-A Eastern League before the Lake Monsters (then the Vermont Expos) relocated to Burlington in 1993 from Jamestown, N.Y. Overall, Vermont’s organized baseball history dates back to Burlington hosting a Northeastern League team in 1887.

“Champ” has been the Lake Monsters’ mascot since the inception of the Expos franchise and represents the “Loch Ness”-type monster that is said to live in Lake Champlain, which runs along most of the border between Vermont and New York.

Founded in 2011, the Futures League is a wood-bat league featuring top collegiate baseball players from New England and throughout the country. More than two million fans have attended FCBL games since the league was established. On the field, over 200 FCBL alumni have been drafted by or signed with Major League Baseball organizations, including pitcher Tyler Bashlor (South Georgia College/Pittsburgh Pirates), outfielder Chris Shaw (Boston College/Baltimore Orioles) and pitcher Aaron Civale (Northeastern University/Cleveland Indians) who have already debuted in “The Show.”